Yucatan Adventure: A Tale of Two Peninsulas (Part One) 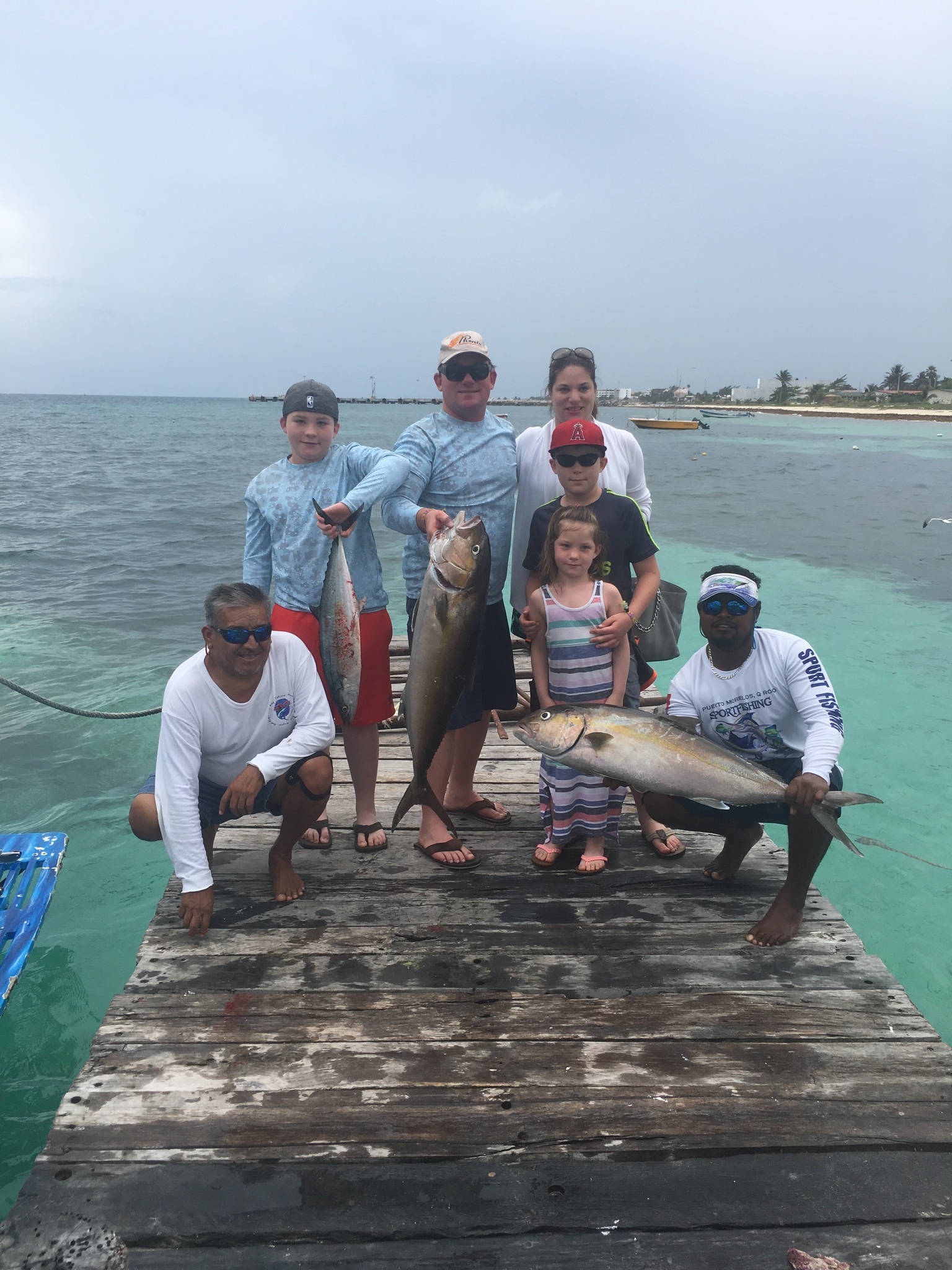 By Bill Waddle
I have never quite been able to get over the Collegiate Spring Break – Mexico thing. I ran the circuit in Cabo throughout my undergraduate and post-graduate years. I always fished, some years fortunate to have enough money to charter a panga, others very grateful to be on a yacht. Fast forward many years.
This Spring Break I went with my wife and kids to the other peninsula of Mexico, the Yucatan. While we Californians tend to be Bajacentric, the other side of our southern neighbor offers high adventure and a whole other ocean with different kinds of fishes.

Travel with young children has its set of challenges. Travelling five plus hours to another country ups the ante. The Uber car came mighty early and I had already dropped the dog off at the boarding kennel by 7:00 a.m. (my parents’ rescue cat has chosen our beagle as his mortal enemy!) Taking Uber was essential because we flew out of Orange County airport and returned to LAX. Almost to the airport and I realize, oh crap, I forgot my two-piece spinning rods at the house that fit perfectly bundled up at the back of an overhead compartment. Yes, I got my Phenix blanks and had the rods built with this exact application in mind. The reels and mixed tackle bag of Krocodiles, poppers and swim baits made it. Oh well.
Make the flight. Run into my buddy Tom, who is heading south to Puerto Vallarta for another ocean odyssey. We plan on comparing notes two weeks later when we are fishing on my boat, Options. We had a pretty good flight to Cancun, via Phoenix, with some sketchy turbulence over the central Mexican Highlands. My ten year old boy, Blake, is sitting next to me and asks if we were going to crash. Do I say “of course not” or give him the honest “I hope not” because we got thrown around pretty good. The remainder of the flight was fine and shortly after we cleared customs we were aboard our rented Dodge Durango heading south toward Playa del Carmen. Our destination was the Vidanta resort complex just north of Playa. 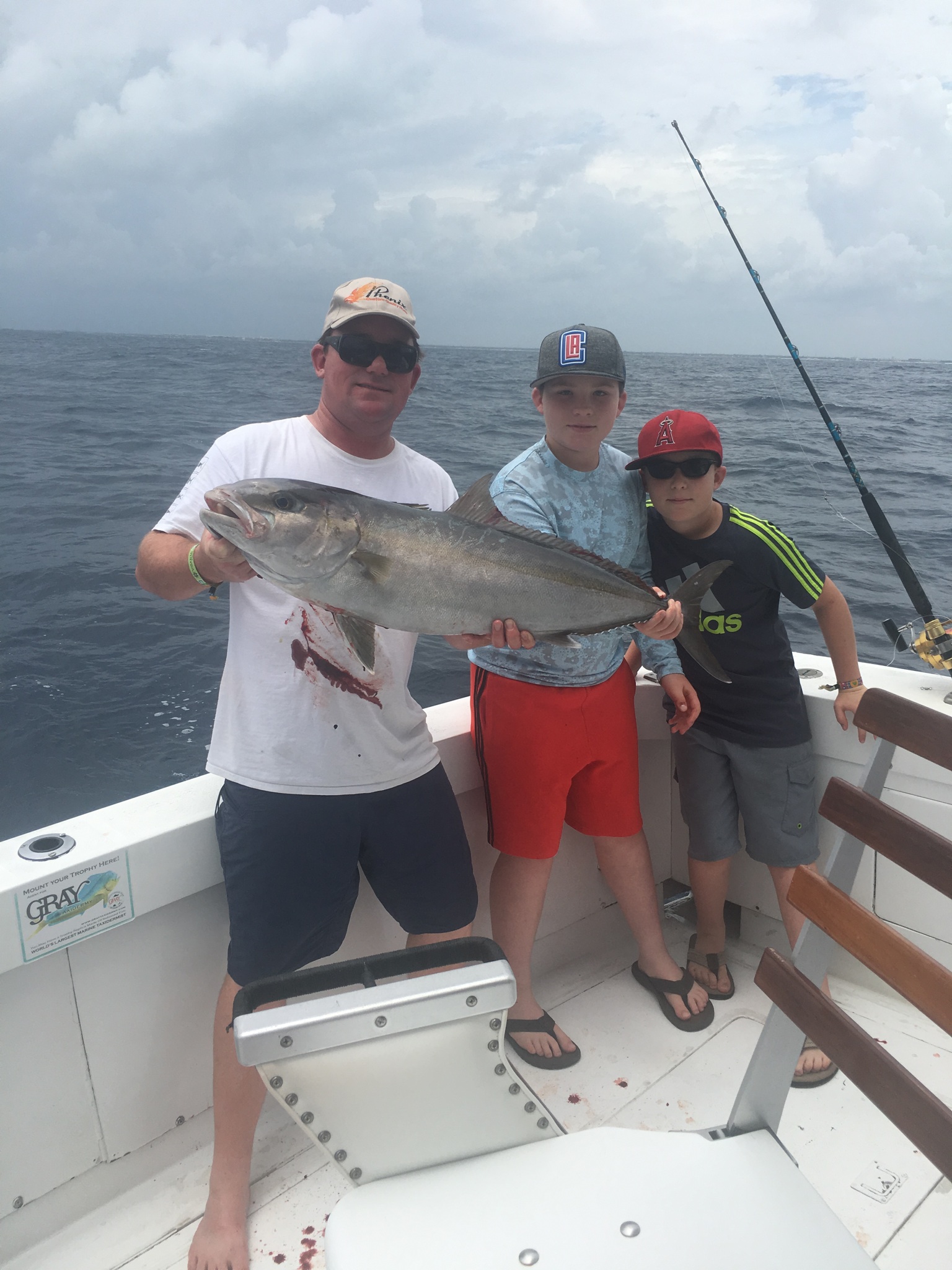 As inclined as I am to being a hard charger, after a nice dinner and a good night’s sleep, I though day one was best spent with the kids doing beach and pool time. After sleeping in a little, we get our stuff together and head to the beach. What is all of this %$#@ in the water? The white sand beaches of the Yucatan were covered in vegetative rot and the aquamarine water was brown and it smelled. Ok…pool day and a swim-up bar. Looks like I did not need the surf casters anyway!
La Semana Santa in Mexico, or any other Latin American country for that matter, is always an interesting affair. I have spent many Holy Weeks in Mexico and have a series of rituals that I follow, like tossing coins into the sea at the beginning of a maritime voyage. There are other as well…

After the seaweed day we got in out transport and headed south toward the Mayan ruins at Tulum. It was Easter, hot and extremely crowded when we arrived at the parking lot of what is a major tourist destination for Mexicans and gringos alike. I was getting major multi-generational blowback but I trudged them onward, praying that there would be a way to financially encourage our way into a more timely experience. I hired a guide and gave him a buen propina y todo se cambia. Tulum is awesome and I do not say that lightly. Major Mayan temple complexes, pyramids and other significant structures are spread along a ridge that stands prominently above the Caribbean shore. Our guide did a great job and spoke English quite well but he left after the tour was over. Tulum is magnificent but I was a little freaked out by the volume of people…asi es La Semana Santa. Thank God I rented a vehicle and did not come in a bus with all of the other people, but now I have to find it. The pathway along the ridge that edged the Caribbean had multiple ingresses and egresses. I somehow put us on a southerly route but we had the fortunate happenstance of running into a popsicle vendor with a variety of tropical flavors. As mentioned earlier, it was hot and the coconut, mango and pineapple treats were enjoyed by all of us though they were melting quickly as we walked along a coastal scrub jungle roadway. As a taxi passed by, I quickly enlisted his services realizing that a forced march would lead to stiff resistance.