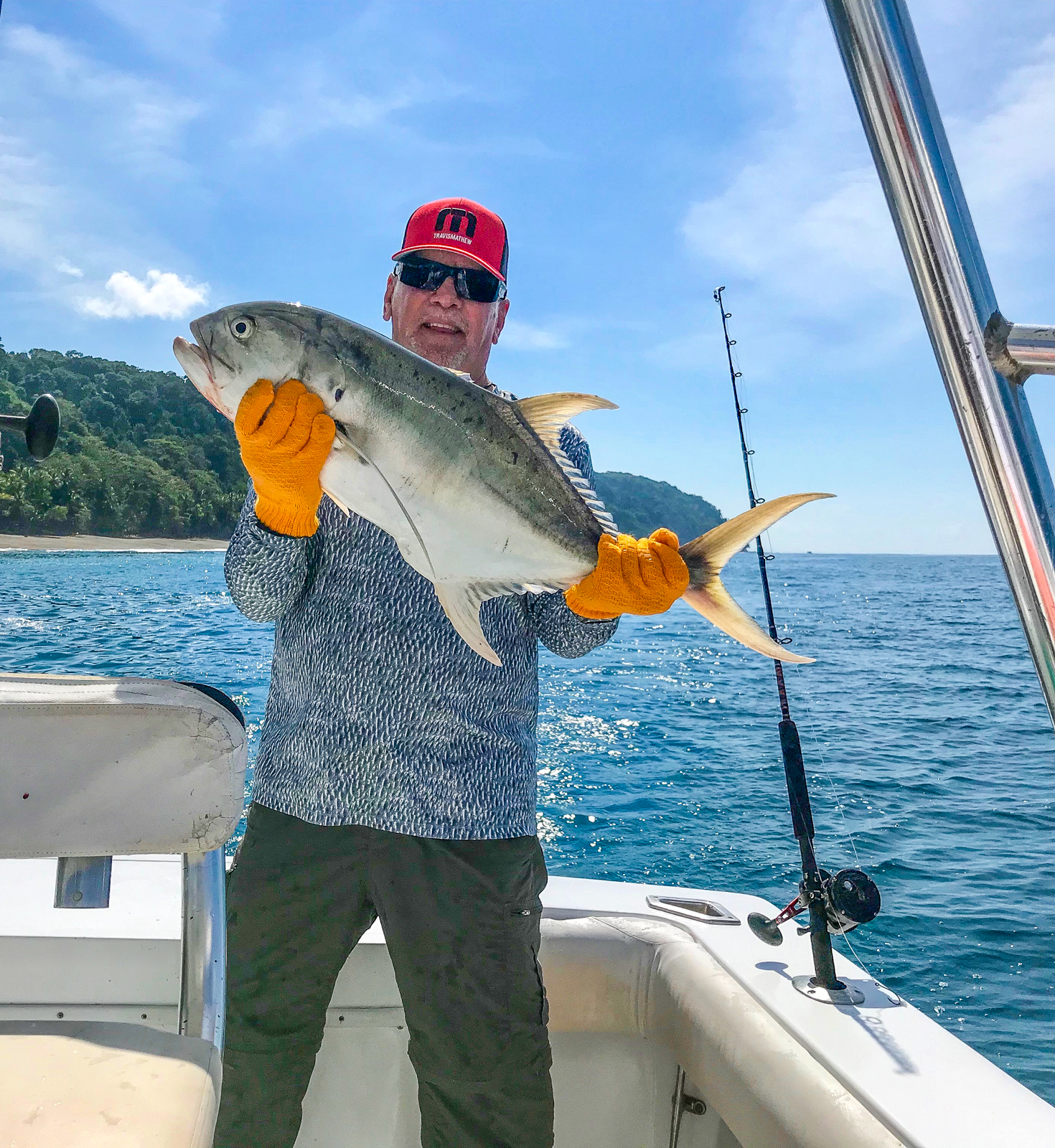 ZZZZZZZZZZZZZZZZZZZZ. A sound I love. That is the sound of line peeling off a reel. The screaming noise at the moment was coming from a PENN spinning reel which was making that sweet sound. The PENN spinning reel I was using was part of the excellent collection of rods and reels that were on the boat while I was at Crocodile Bay in Costa Rica. All boats there are equipped with a wide array of updated PENN gear which is some of the best in the business. It always makes me feel more confident when using boat provided gear to have up to date products from a well- respected company. 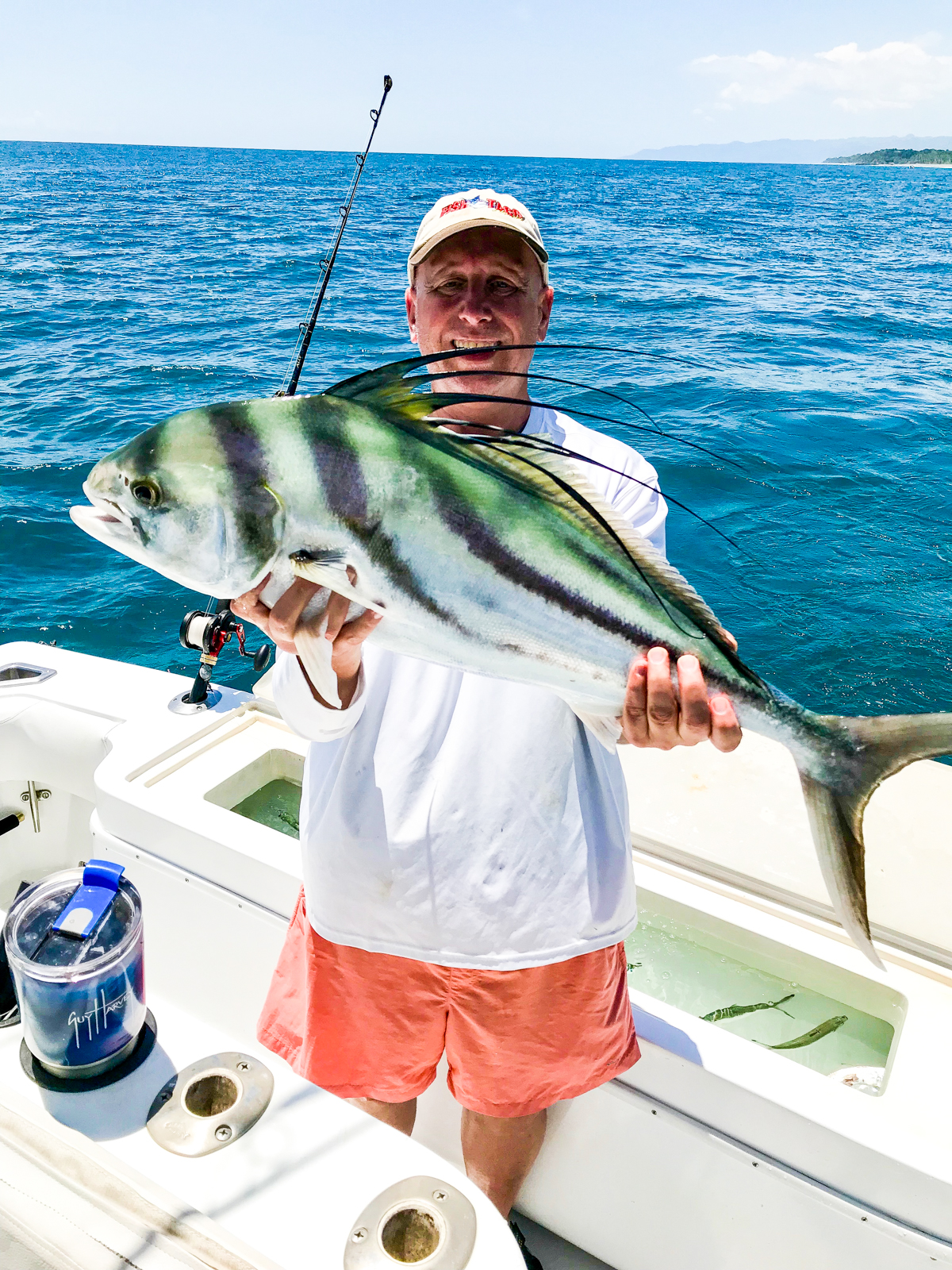 It was late March and we were trolling for sailfish with live bait when our first mate Alex decided to tie on a green hoochie on a spinning outfit in case dorado were around. The dorado might have been around but for some reason the 70-80 pound sailfish ignored the live offerings for which sailfish normally prefer and attacked the hoochie. Just like a cheetah is the fastest animal in the jungle, most claim that sailfish are the fastest swimmers in the sea. They have been reported to hit speeds up to 68 mph. So, when they have your bait and are trying to get away, they are moving.

Our captain Freddy maneuvered the boat perfectly so I did not have to run around the boat as the sailfish fought. When the fish zigged and zagged so did he. The fighting was always done at the back of the boat. When the fish was finally at the boat, I was handed a pair of gloves to hold the dorsal fin and beak and take a photo. There are huge conservation efforts from FECOP which is the voice of fishing conservation in Costa Rica to ensure that the billfish population is treated with ‘kid’ gloves. These fish are not allowed to be brought out of the water for photos.

Right after fishing I took a quick shower and went into the spa for a massage. The spa is in a separate building on the grounds and has all of the amenities you could want. I asked for the deep tissue massage and told the girl to use as much pressure as possible. Note to self—this was a BAD idea. As she was digging her elbow into my back getting out knots she asked if it was too much pressure. Like a dummy I said no. I lied. Machismo at its finest or worst. I did feel wonderful afterwards though. Having a massage after fishing is a nice treat that not all places offer.

The reason I was back in Costa Rica after going last year?  Redemption. I went to Crocodile Bay last May and wrote a story about it. The offshore fishing was off the charts one day. My friend Joe Bahash and I caught around 70 tuna and dorado combined along with a nice marlin.  The next day we were supposed to go inshore fishing and after catching a roosterfish each Joe and I talked the captain into going offshore looking for the log we trolled around while catching the tuna and marlin a few days earlier. In hindsight we made a bad decision as it was rougher seas, we could not find the log and pretty much took a boat ride. And Joe and I had no one to blame but ourselves. 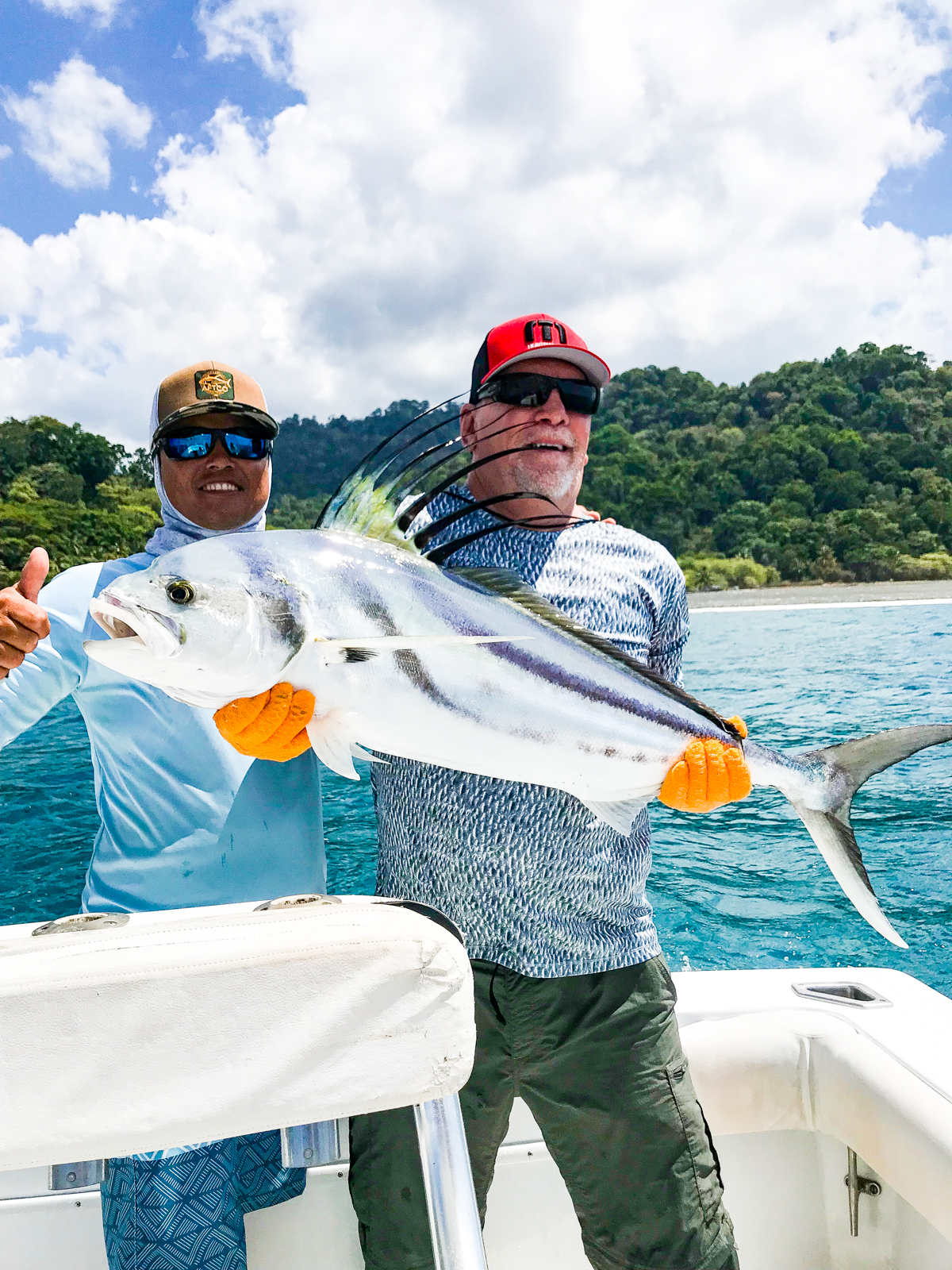 In between my two days of fishing, I went ziplining which was a rush. Sometimes you wonder about doing something like this in another country but it very safe and It was a very professional tour.  Dennis the guide who took us spoke excellent English and had a good sense of humor. After the zipline it was a 15- minute jungle walk back to the van and Dennis pointed out numerous animals, birds and bugs that the rest of us never would have saw but were glad we did. 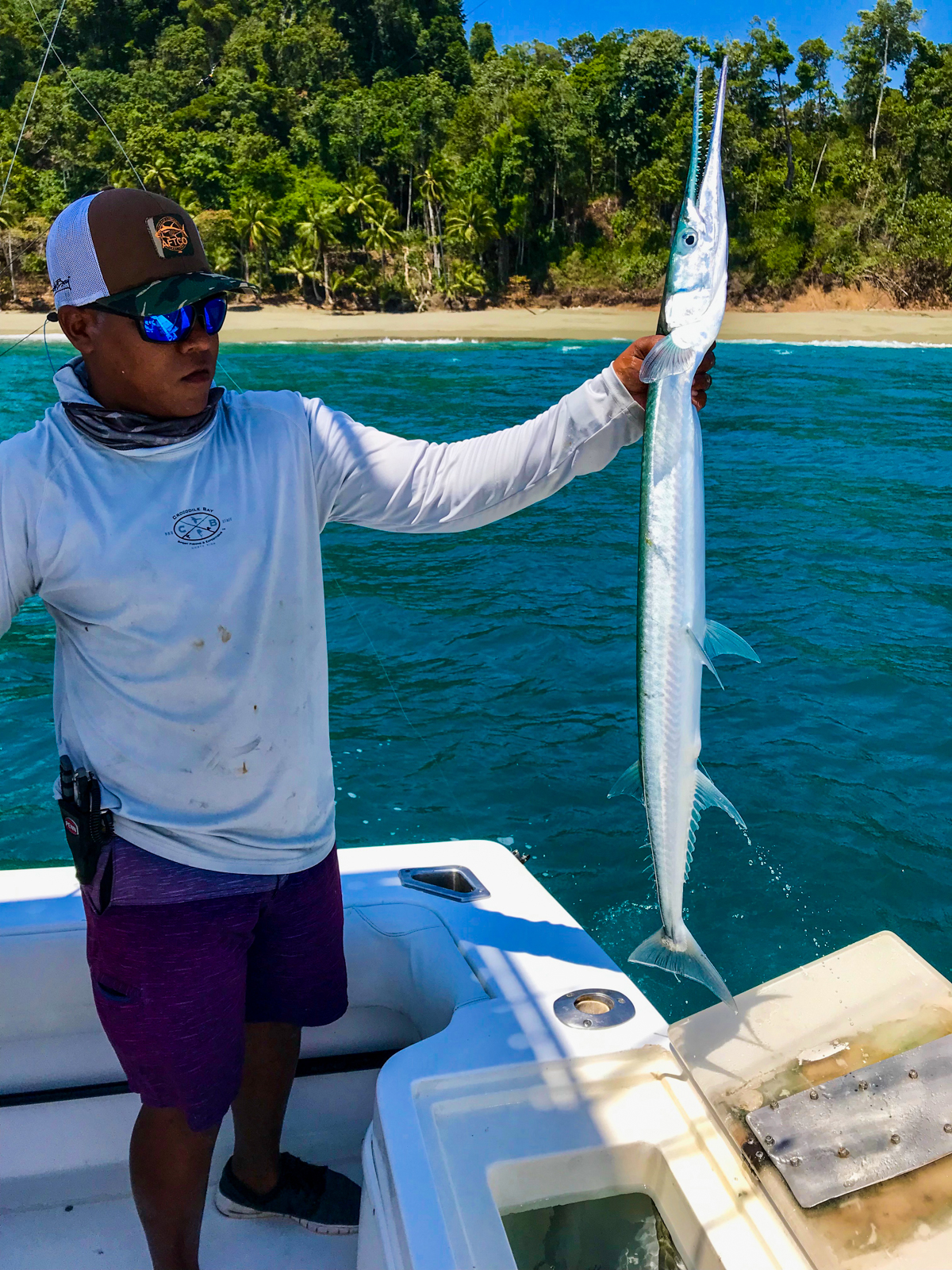 The second day of fishing was when we went inshore. Most the time we were trolling less than 100 yards from the shoreline. We made our own bait which was fun in it self as were using a sabiki rig to bring up four and fish a drop and some of the baits brought up were barely legal calico bass size. After filling up the live bait receiver we took off for the promised land.

We started trolling maybe 20-25 minutes from the Crocodile Bay pier. The water was blue, calm and the scenery on the shore was breath taking. You could tell this area is pretty much uninhabitated. It did not take long for Joe to hook up to a roosterfish. These fish are good fighters and this one pushed 18 to 20 pounds. After a quick photo shoot, it was quickly put back into the water. Soon after that I was hooked up but this one was not a roosterfish. It was a pesky black tip shark. These sharks live in reef areas and were fun to catch even though they were not on our targeted species list. The black tip sharks jumped out of the water almost like a mako. Most were 3-4 feet long and I would guess about 10-12 pounds. My guess is that between Joe and I we caught nearly 10 of these. Since we were catching and releasing, and these were so fun it was fine with us. 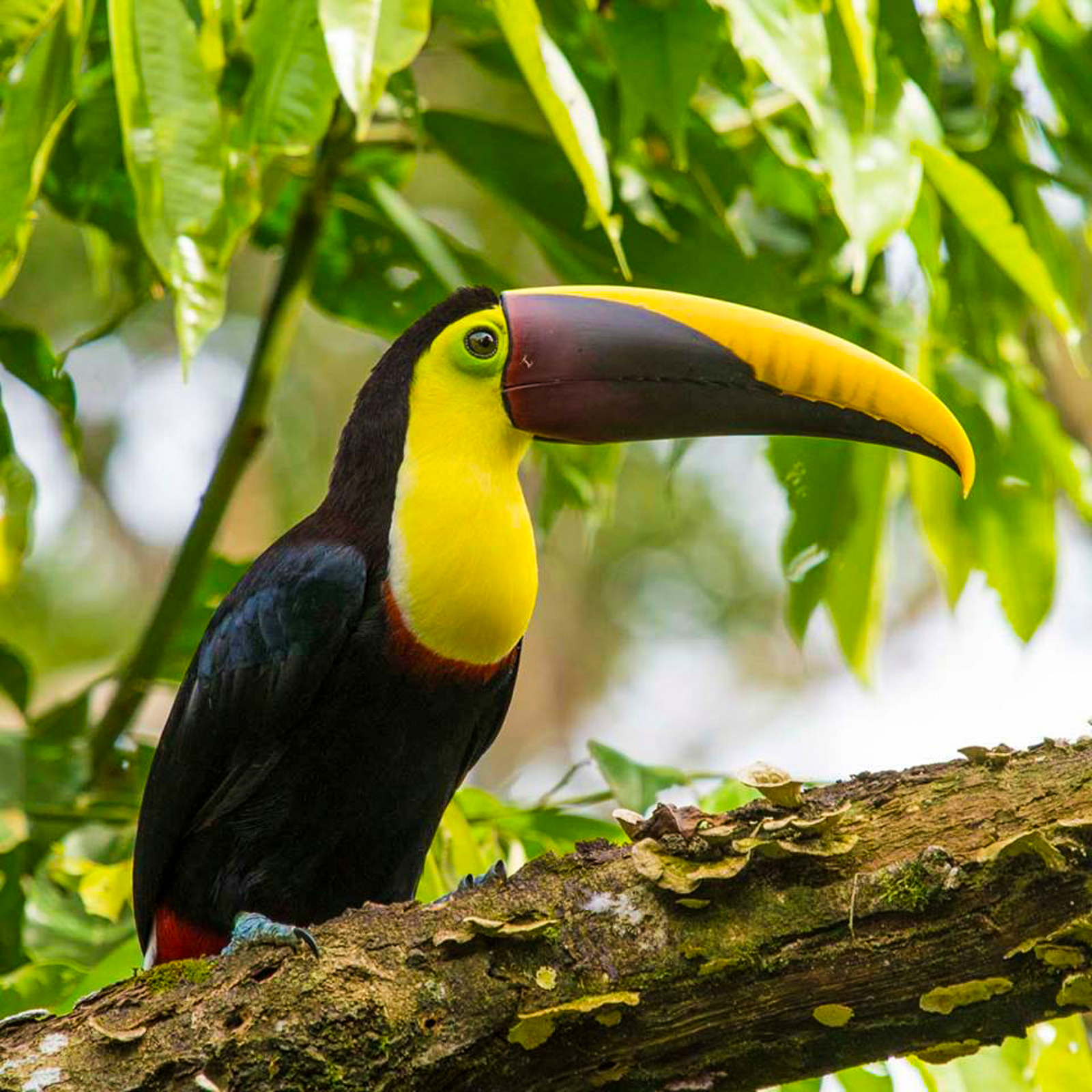 The other pesky fish was needlefish. One of our highlights was watching two, 5-foot needlefish glide on top of the water to try and get the same bait. It looked like two missles on a collision course. We missed quite a few of these toothy fish and actually we were mad they were going through our bait.

We caught a few more small roosterfish and decided to go try and catch some bottom fish for dinner. We moved from the shoreline to about ½ mile off the beach and put our bait on the bottom in anticipation of some grouper or snapper. I caught a couple of snapper that became one of the most delicious dinners I have ever had. It is always nice to eat fish that fresh. 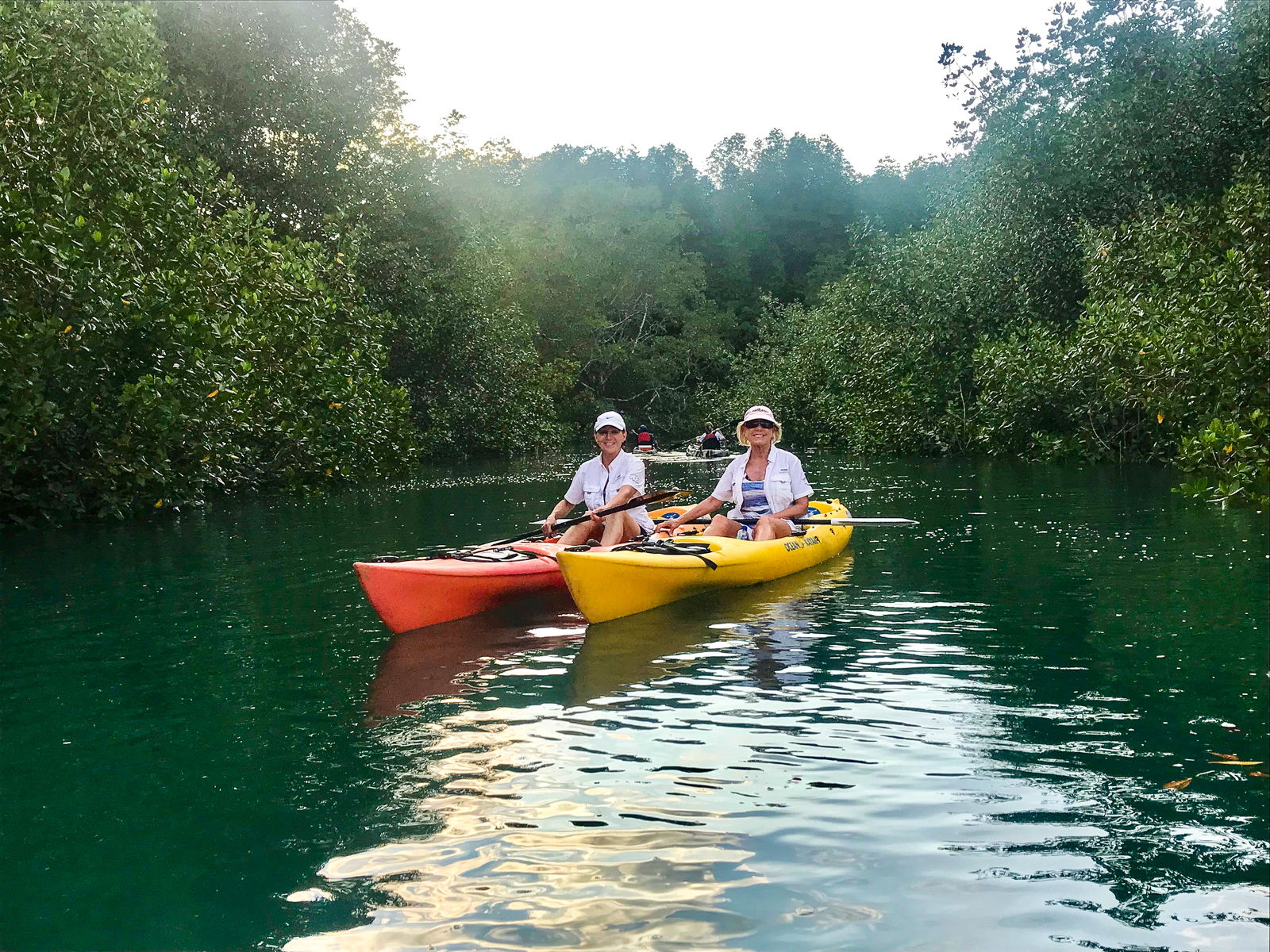 We also had a whale shark come right up to the boat and hang with us for about 5 minutes. It was pretty cool almost not real. That is a memory that will be with me for a while. Joe took a video of it that will be talked about for a long time. This was a great day.

The one thing that really stuck with me in my two visits was how friendly and attentive the staff is. Cory who is the general manager, Olimpia, Flory, Maria, Dennis, Diego, Joje and Allan were the people we dealt with the most and all made our trip better if that is even humanly possible. Allan is in charge of the fishing and does a wonderful job working with the captains on options where to fish and what boats to put the customers on.

All the great customer service, friendly staff, great food and wide variety of things to do was just a cherry on top of the sundae.  I am pretty sure this inshore trip redeemed the last time I was there and made a bad call. And in all honesty, one doesn’t need a reason to come back or go to Crocodile Bay. Just realize that after being there a few days you will be wondering why you have to leave.